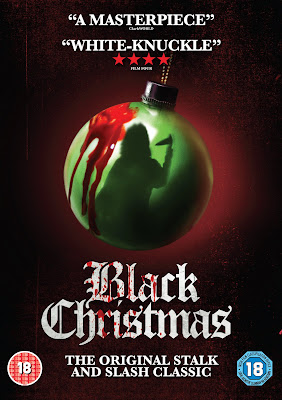 THIS YEAR, CHRISTMAS HAS COME EARLY... AND IT'S LOOKING BLACK!

This year, dreams of a white Christmas will turn red with blood.

As a group of sorority girls start to make plans for the Christmas holidays a sadistic, obscene phone call shatters the yuletide peace. Their fear is calmed by the local police who assure them there’s nothing to worry about, but when the first body turns up the depraved caller’s threats become a reality. As the girls start to be picked off one by one a frantic search begins to find the killer before the blood starts to flow.

As brutal in its violence as it is terrifying in its effect, Black Christmas is a true horror classic that left its mark on the genre for years to come, influencing spine-chilling greats such as Halloween and Scream. Now it is re-released for a new generation to once again experience the sheer terror of this original stalk-and-slash masterpiece.

Name the comedy film that proved a massive hit and spawned sequels for director Bob Clark?