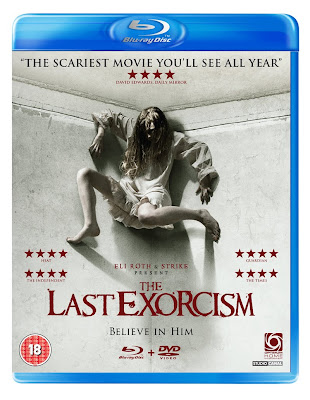 On 27th December 2010 THE LAST EXORCISM arrives on UK Blu-ray and DVD in features packed editions.

From producer Eli Roth (Hostel, Cabin Fever) THE LAST EXORCISM is a terrifying horror film in the tradition of THE EXORCIST and shot in the unique style of PARANORMAL ACTIVITY and THE BLAIR WITCH PROJECT. 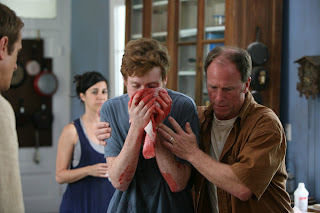 After a career spent helping the devout through prayer and trickery, Reverend Marcus (Patrick Fabian) invites a film crew to document his final fraudulent days as an exorcist. Soon his faith is truly tested when a desperate plea from the father of a possessed girl (Ashley Bell) brings him face to face with evil itself. 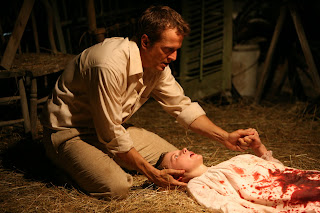 Now here's your chance to win a brand-spanking new Blu-ray of this chilling horror film. Thanks to Optimum Home Entertainment we have 3 copies to offer. To be in with a chance of winning you need to answer the following question correctly:

Name the demon in William Friedkin's THE EXORCIST? 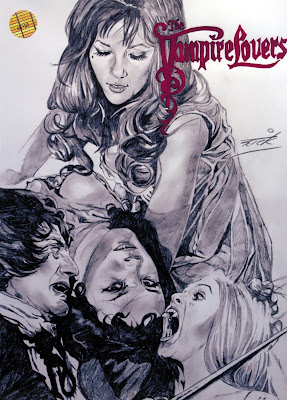 To tie-in as a tribute to Ingrid Pitt, who sadly passed away earlier this week, we have a competition to win an unmounted A4 art print by cult artist Rick Melton. The print depicts Ingrid in a classic pose from Hammer's THE VAMPIRE LOVERS and this prize is courtesy of http://www.theserialman.com/ - the official licensed website for Rick Melton's prints. To be in with a chance of winning this stunning print you need to answer this question correctly:

Update 4th December 2010: THE COMPETITION IS NOW CLOSED.
Posted by Midnight Media at 13:27 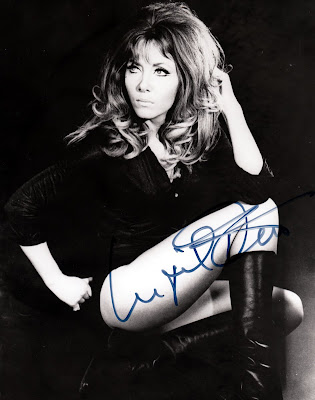 Shocking news just in... Ingrid Pitt, star of Hammer's COUNTESS DRACULA and THE VAMPIRE LOVERS has died in hospital after collapsing a few days ago. The 73 year old actress will be sorely missed by her many fans across the globe who have been able to keep in touch with her via her website and many convention appearances. We had the pleasure of knowing and working with the ever lovely lady and will always have fond memories of those times. Our thoughts are with her husband Tony and the rest of the family.
Posted by Midnight Media at 21:51

Here's the third webisode from Mr. Partridge... the 10p turkey! 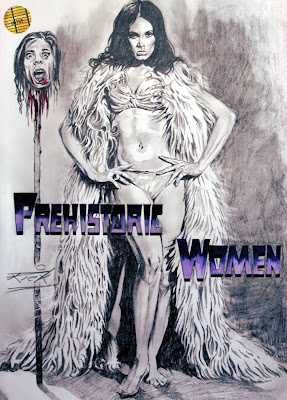 Artist Rick Melton has been responsible for some stunning paintings for Arrow's DVD and Blu-ray releases, however, he also turns his gifted hand to Hammer and other horror - up for grabs is an A4 unmounted print of PREHISTORIC WOMEN as a prize for one lucky entrant in our competition courtesy of http://www.theserialman.com/ - the official licensed website for his prints. Here you will find a huge selection of Rick's art including many film tributes. To be in with a chance of winning this excellent print you need to answer this question correctly:

Update 26th November 2010: THE COMPETITION IS NOW CLOSED.
Posted by Midnight Media at 17:08

Another screening from the Filmbar70 boys on 18th November 2010 - this time it's a Polizieschi with ALMOST HUMAN starring Tomas Milian, Henry Silva and Ray Lovelock. One of Umberto Lenzi's finest films and great to watch with a crowd and a beer... feast your eyes on this uber-cool promo:

For those that missed it - here's the brilliant first episode of the new ALAN PARTRIDGE online series... that's pop, not broth...

ALAN PARTRIDGE IS BACK!!!

Seems like November the 5th is a good day for launching stuff other than rockets... along with THE WALKING DEAD on television ALAN PARTRIDGE is back thanks to Fosters Beer. His new online show is called MID MORNING MATTERS and airs at 11am - go here www.fostersfunny.co.uk/alanpartridge/

and this clip is priceless:

Kiss my face!
Posted by Midnight Media at 11:29

THE WALKING DEAD arrive in the UK 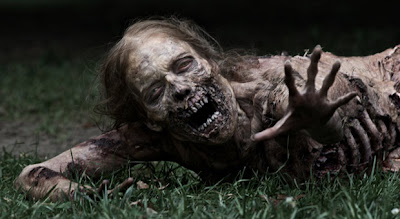 Heads up zombie fans - THE WALKING DEAD makes its debut in the UK on the FX channel at 10pm on Friday 5th November 2010. For those not in the know, this is the first episode of the eagerly awaited Frank Darabont Horror series based on the Image comicbooks written by Robert Kirkman. Check out the trailer below...