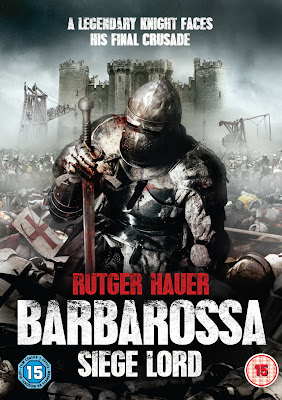 Set in Northern Italy, Barbarossa plans to capture the regions of the South and Centre to recreate the empire, which many years ago belonged to Charlemagne.

As violent clashes break out between the people of the land, fighting for independence and social status, Barbarossa struggles to keep control.

Now here's your chance to win a new DVD of this medieval adventure film. Thanks to Metrodome we have 3 copies to offer. To be in with a chance of winning you need to answer the following question correctly:

THE MAN WHO FELL TO EARTH - BLU-RAY COMPETITION 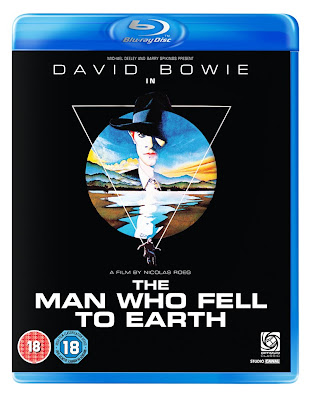 On 4th April 2011 the brilliant science-fiction thriller THE MAN WHO FELL TO EARTH is released on UK Blu-ray.

THE MAN WHO FELL TO EARTH is Nic Roeg's cult classic starring David Bowie. Crash landing on Earth from his dying planet, an alien humanoid traveling by the name of Thomas Jerome Newton uses his superior intelligence to build a vast business empire. As he takes on, and beats, every US corporation people can only guess his true purpose - to save his dying world from agonizing death by drought. Newton's ageless fall from grace, as he becomes prey to lust, alcohol, business rivals, and the US Government makes THE MAN WHO FELL TO EARTH not only a bitingly caustic indictment of the modern world but also a poignant commentary on the loneliness of the outsider. 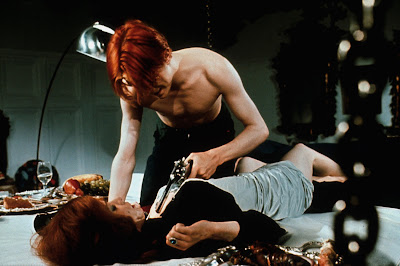 Take a look at this interesting teaser for the forthcoming TOM SAVINI documentary, SMOKE AND MIRRORS...

The very funny Alan Partridge online series draws to a close with this brilliant episode... More talent in her little finger that I've got in my entire arms!

It's time for another slice of Partridge pie... Short burst underwater crying.

Author ROBERT H. TEMPEST will be at CAMDEN FILM FAIR on 2nd APRIL 2011 signing copies of his new horror novel BLOOD MOON - ‘A horrific killing brings a police detective, animal expert and a 500 year old werewolf together in this triangle of horror. One must die, two could die, but which ones will?’.