Yep, you read right... have a peek at this homage to Dario Argento's superlative Giallo in Lego!
Posted by Midnight Media at 11:46 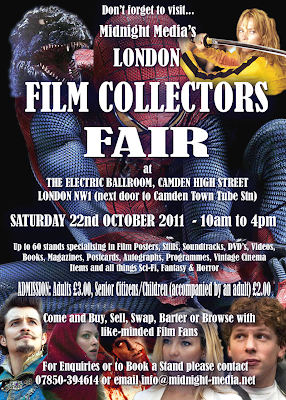 Time for another plug. See you at the Camden Film Fair tomorrow...
Posted by Midnight Media at 19:11 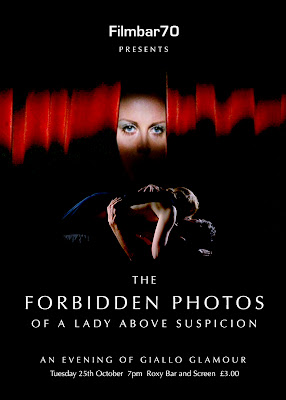 If you fancy kicking back with a brew and chillin' with some film buddies head on over to FilmBar70's latest gathering at the Roxy Bar, on 25th October 2011, where the lads will be screening the cool giallo FORBIDDEN PHOTOS OF A LADY ABOVE SUSPICION...

Labels: Filmbar70, Forbidden Photos of a Lady Above Suspicion

Euro Horror buffs should have a peek at this new Italian splatter film concerning Zombie Gladiators. The film has been directed by Raffaele Picchio. Here's the synopsis from the official website: "Rome, in 73 B.C.. Spartacus led the rebellion of 200 gladiators which saw them opposed to the inhumanity which Rome had forced them into. During the riot they resisted for a long time against Roman soldiers. Few against a whole army. Some of them went crazy and started murders, rapes and violence. Spartacus punished them with death. But in those lands, when blood gets shed, they come back..."

Those of you that miss the MANCHESTER FILM FAIR should head over to the FILM FAIR at the FESTIVAL OF FANTASTIC FILMS this Sunday 23rd October 2011. There will be a variety of stalls selling DVDs, Movies and Film Memorabilia as well as signings with ROBIN ASKWITH, RICHARD GORDON, BOBBY RHODES, NORMAN J WARREN, DAVID McGILLIVRAY and more. The event is being held at the Manchester Conference Centre. For more info about the Film Fair please call 0161 228 2947 or for more details about the 3 day festival visit http://fantastic-films.com/festival/. See you there...
Posted by Midnight Media at 09:48 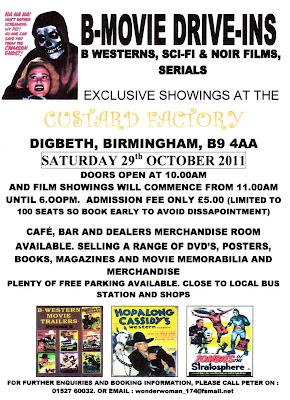 If you like B-Movies, Serials, Westerns, Sci-Fi and Horror then this event should be worth investigating. Places are limited as there are only 100 seats. This first show includes Westerns and Serials. Call 01527-60032 to book and for more info...
Posted by Midnight Media at 10:26