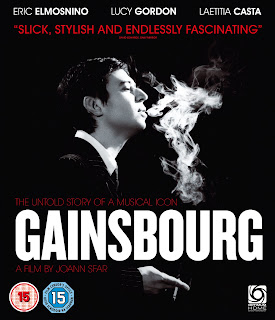 On 10th January 2011 the eagerly awaited GAINSBOURG is released on UK Blu-ray and DVD.

From visionary graphic artist and director Joann Sfar comes a completely original take on one of France’s greatest mavericks, the illustrious and infamous Serge Gainsbourg.
GAINSBOURG is an enchanting glimpse at his early life, growing up in 1940s Nazi-occupied Paris, and through his successful song-writing years in the 1960s until his death in 1991.
Taking the best from LA VIE EN ROSE and AMELIE, GAINSBOURG is brought to us by one of the most beloved graphic artists of our time and the team behind the magical creatures of PAN’S LABYRINTH. 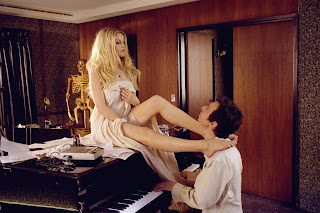 Now here's your chance to win a pristine new Blu-ray of this stylish bio-pic. Thanks to Optimum Home Entertainment we have 3 copies to offer. To be in with a chance of winning you need to answer the following question correctly: